skip to main | skip to sidebar

Today Brielle is 6 months old. I cannot believe how fast time is flying by. She is such a great baby.
So some new things...we haven't measured her yet-her appt isn't until the 10th so we'll see soon. But as of last night, she's officially mobile. She isn't crawling per say but does the inch worm which is hilarious to watch. She gets so excited over things in front of her now and goes crazy trying to reach for something in front of her. She's interested in table food and watches intently as we eat. She had her first french fry about a month ago and she loved it. We've attempted baby food and just like all my other babies, doesn't like it. So we'll have to see what happens.
She is a great sleeper. She is now sleeping all night and even sleeps in till about 8. I wish my other kids would take after her :)
She has yet to laugh...I know weird right? I don't get it. She wants to and loves to talk and squeal but do anything to tickle her or make her 'laugh', she just gets a huge smile on her face like she might...and nothing comes out.
She makes this grunting noise all the time now that sounds like she's constipated. Its hilarious because people that don't know just think she's making a diaper all the time..when nope that's just her.
She's very close to fully sitting up by herself. She just still gets too excited at times and falls over but she's almost there. She loves her siblings and they love her so much. Brecklynn especially loves Brielle. Almost too much at times. We will find Brecklynn in Brielle's crib in the morning or after naps a lot. She's just talking to her and 'keeping her happy'. Very cute.
So she's still an amazing baby. We are so lucky. I think back to now 3 months ago to where she was and how she cried all the time etc. and can't believe how she is now. I love her so much.
Here's some fun pics of her at Halloween. Still as happy as ever! 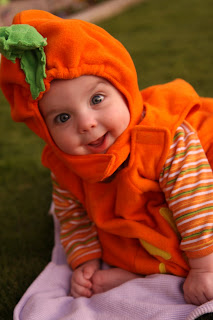 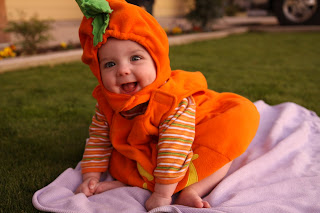 Here are some pics from Halloween night. We didn't go trick-or-treating house to house this year. We just hit family members houses. Kids still had fun. Brecklynn however was in rare form so I got no pictures of her in her costume. I am glad I got what I did from the Halloween parties. 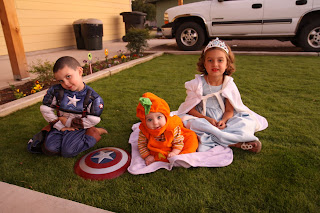 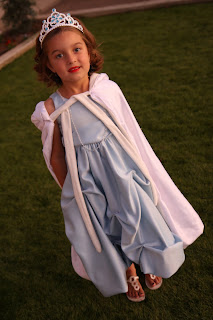 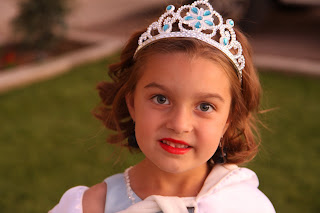 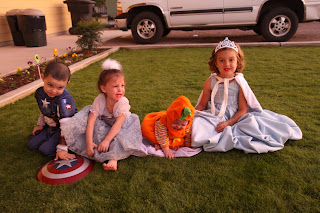 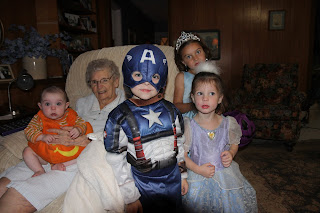 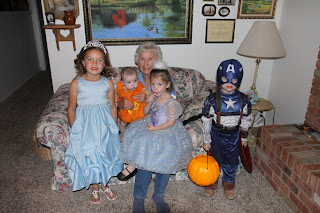 And finally with Aunt Tesia 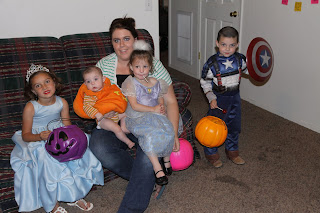 This past week Tesia asked me to take some pics of her and her roommate. So I took advantage of the moment and grabbed some of the kids. Nothing great but still fun. I am hoping to get their Christmas pics done sometime this next week if the weather permits. 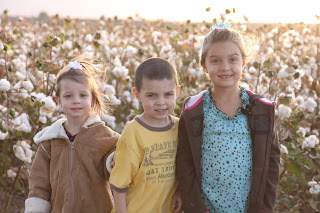 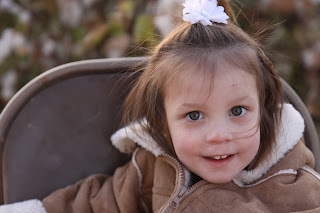 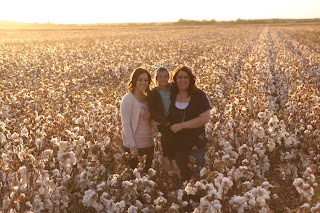 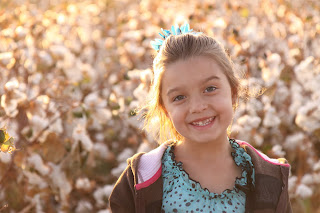